10 most iconic cars from movies

When making a film, everything must be thought out: the script, the roles, the location. It’s also important to choose the right movie car. Why? Because the cars from some films have become a symbol, they define its character and the general perception of the movie and inspired car culture.

Usually, the studio concludes a contract with a particular car brand, which specifies how many times in the film will a particular model of the car appear. Also, within the framework of such contracts, it is agreed in what scenes a particular car will be involved. For instance, sport scar brands prefer their models to appear in the chase scene. Car lovers always pay attention to the main hero car which also is a part of his character and film history, this is why companies are interested in these collaborations.

Cars have long been transformed into separate characters in the film and complement the action on the screen. We like some famous cars as 1964 Aston Martin db5, 1959 Cadillac Miller Meteor, DeLorean DMC-12 and others as we know them from the childhood and some of us even was dreaming to owe them. Below you can find a list of the most famous movie cars.

The 1967 Austin Mini Cooper S are vehicles that are used in several scenes of the “Italian Job” movie, mainly in the famous chase scenes and driving scenes, during which the remarkable agility of this vehicle was demonstrated. Three of these “mini coopers” are featured in the film. As a result, minis have come to be associated with cool, fast cars, rather than everyday family cars.

Most memorable scenes we filmed in the Los Angeles Subway, this is why two electric Mini Coopers and one Mini Cooper S had to be specially made for the film, as gasoline-powered cars cannot run in an all-electric Los Angeles subway system for safety reasons. As a result of this movie, even nowadays people think that Mini is a fast and maneuverable car which can be used, for instance, in drag races in the real world. 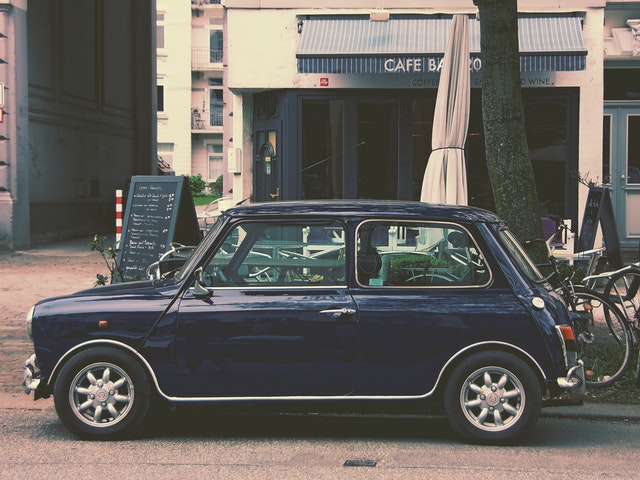 Despite the small sales and not huge car lineup, DeLorean Motor Company is very famous car brand because of the movie where the car was used as a time machine to go back to the future. In the movie Back to the Future, there is an episode where Marty McFly asks Doc Brown to explain why he used a DeLorean to travel through time at 88 miles per hour. Doc Brown responds that the car’s stainless steel construction contributes to “temporarily moving the car through time.” Also, according to the scientist, a stylish car had to be chosen for the time machine on wheels, which turned out to be the DMC-12.

Some franchise fans are sure that the DeLorean DMC-12 is the most famous movie car. However, there are people who don’t know that that the “time machine” from the film is a real car, they suppose that it was made up by the film crew. Nowadays there are only 8000 from 9000 originally produced cars, but who knows maybe we will see a limited edition version produced by DeLorean Motor Company in the future. 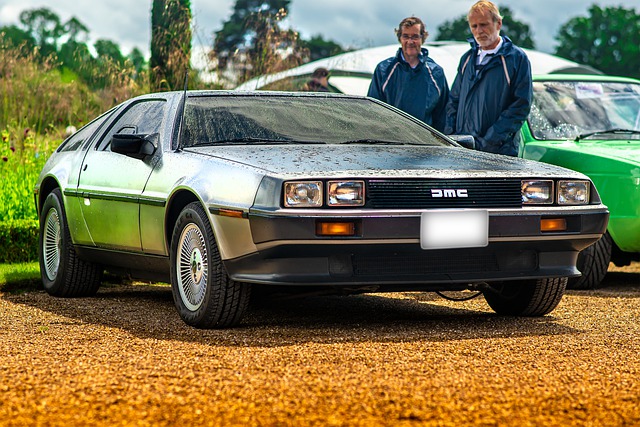 James Bond is the most famous spy of all time. So is the Aston Martin Goldfinger car from the third film. Released in 1964, the film, in which Sean Connery plays the world-famous spy, was the first James Bond film to be called a blockbuster. The success of the film was only enhanced by the most iconic car in the history of cinema, instantly recognizable 1963 Aston Martin DB5.

The car used in the movie was the original Aston Martin DB5 prototype. Another standard car was used for stunts and two more for commercials and movie screenings. The car is still as popular today as it was more than 50 years ago.

In 2006, one of the Aston Martins movie cars was auctioned off for $2 million (without machine guns from the movies). And in June 2010, another one that had been involved in filming sold for $4 million!

When it comes to cars, Australians, history shows, are just as hungry for speed as Americans. In the 1960s and 1970s, the Australian divisions of American car companies created some brutal cars that had not yet been seen in the US. One of them was the Ford Falcon. In its third generation, the Falcon XB GT got its power from a V8 engine. For Mad Max, however, the filmmakers turned an already cool “Falcon” into a brutal “Interceptor”.

Mad Max movie crew swear that they installed a special supercharger in the Falcon XB GT, increasing the engine power from 260 horsepower to 600 horsepower. Which makes this car a perfect suit for the fury road.

In real world, Cadillac Miller-Meteor was used as an ambulance or hearse. However, thanks to its distinctive red-and-white painting, fantastic ghost-catching equipment, and movie soundtrack, it became a one of the most famous movie cars. Initially, the automobile was planned to be completely black, but a large number of night shoots made adjustments, and the Ghostbusters car became what we know it to be. The distinctive mark of the Ghostbusters, a crossed out ghost, was painted on the trunk lid and front doors. The car’s “features” were holders for special proton guns, anti-ghost weaponry, and a siren. The car had a huge interior with comfortable seats that would fit four adults with backpacks holding proton weapons. Three such vehicles were involved in the shooting, one of which broke down on the Brooklyn Bridge in New York City. Totally about two thousand Cadillac Miller-Meteor were produced. The car weighed 2.5 tons and was 6.22 meters long. This fantastic hearse is remembered even by those viewers who were not very fond of watching such movies. 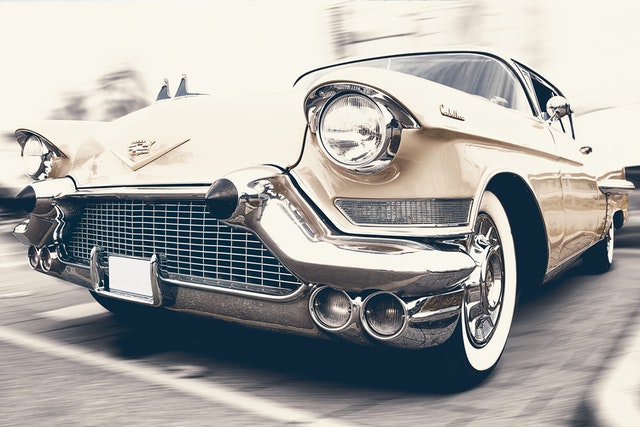 6. The Fast and the Furious – Toyota Supra

This model should really be grateful for its popularity to the Universal Pictures and “Fast and Furious” franchise. When you see a Toyota Supra on the road, you immediately feel nostalgic for the first film of “Fast and the Furious”, when its heroes have not yet become supermen, who look so funny on the screen in the last parts of the film. Toyota Supra from Fast and Furious franchise was equipped with a modified 3.0-liter twin-turbo six-cylinder engine, a five-speed manual transmission, stunt suspension and enhanced steering box. Plus, of course, we shouldn’t forget about the exterior tuning of the sports car, which made the car recognizable. Everything about this car is perfect and flawless. Toyota Supra heavily modified car, which took part in the car chases in the first part of the movie “Fast and the Furious”, was sold at an auction in 2015 for 185 thousand dollars. 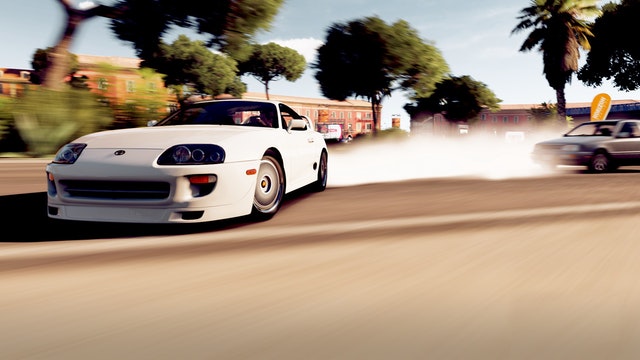 Even if cars to you are only divided into trucks and cars, two-door and four-door, black and colored, you should remember the 1970 Dodge Charger that Dominic Toretto, played by Vin Diesel, inherited from his father. The impressive black car first appeared in the first part of the movie, was mutilated in a terrible accident, but hasn’t disappeared from the main character’s life – viewers can see it in the fourth part of the car series, and now in the seventh movie. With its huge tires and powerful engine, the Charger made a very strong impression. In the climactic moment of the railroad track race, when vehicle driven by Vin Diesel flips over a second after the locomotive has passed, the hearts of the spectators were won once and for all. 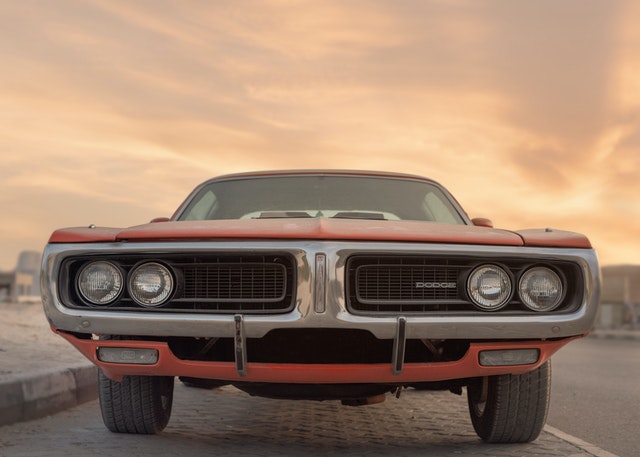 The real star of this film is far from Matthew Broderick, but his famous red car. Few people know that the sports car shown in the movie is not really a real Ferrari. It is only a replica of the 1961 Ferrari 250 GTO. The authors decided that it was too expensive to rent one car, and a solution was found with the construction of three fake Ferraris. Despite the fact that the car is a fake, it does not prevent it from having great characteristics. Only three of these cars were made. If you are going to buy the car, you will receive a certificate of its participation in the movie along with it.

It is simply impossible to imagine the Transformers movies without the Chevrolet car. These cars participated in all parts of “Transformers”. General Motors’ collaboration with Paramount Pictures is the longest in the history of cinema. It should be noted that the 1977 Chevrolet Camaro as Transformer Bumblebee was able to become a real symbol of the movie series. Audiences loved the first autobot, and in subsequent movies they looked forward to seeing the yellow Chevrolet with black stripes.

It should be mentioned that in the original cartoons, Bumblebee’s car was a Volkswagen Beetle. However, the Chevrolet Camaro gave the movie more power. The Chevrolet Camaro is equipped with an 6.5 liters V8 engine. Especially for “Transformers,” engineers created an exhaust system, put Wilwood brake discs, as well as many parts made of carbon, including the rear spoiler. This car is one of the most iconic cars from the movies in the world. 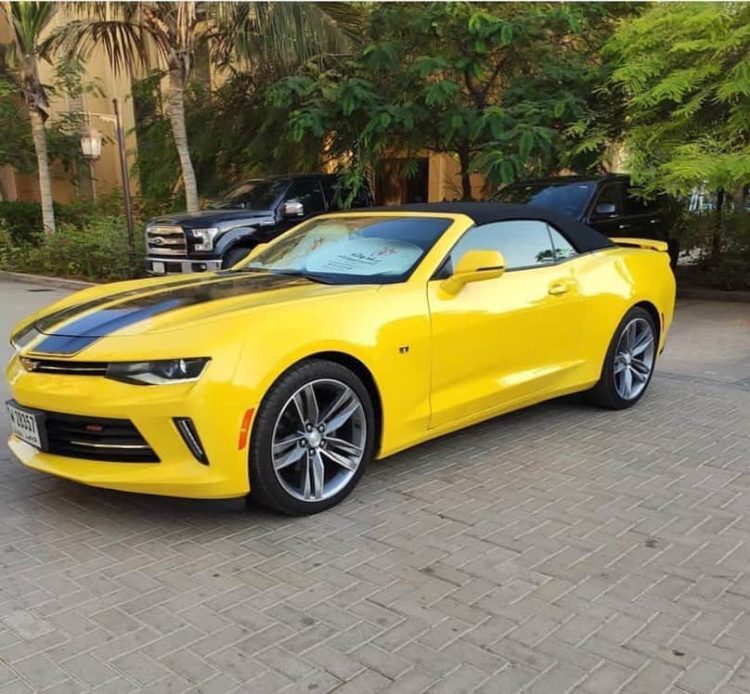 The 1970 Dodge Challenger R/T, especially the Hemi model, was one of the most impressive cars of its time. Its reputation was only strengthened with the release of “Vanishing Point,” directed by Richard Sarafian. The plot is simple: Kowalski bets that he can drive from Denver to San Francisco in less than 15 hours (which would require an average speed of over 80 miles per hour). You can imagine the impressive tricks he has to pull off: crazy loops, ravine jumping, and other extreme driving elements. Interesting fact: the crew did not dare to destroy the car. In the final crash, which destroys the vehicle, a Camaro 67 was used instead of the Challenger.

Throughout the history of the cinematograph, a huge number of different cars have appeared in movies. In this article we have told you about the 10 most iconic movie cars, but we understand that there are a lot of cars from movies that are not included in our list such as Volkswagen Beetle from “Love Bug”, Volkswagen Transporter from “Little Miss Sunshine”, 1989 Ford Taurus Wagon from “National Lampoon’s Vacation” and others.